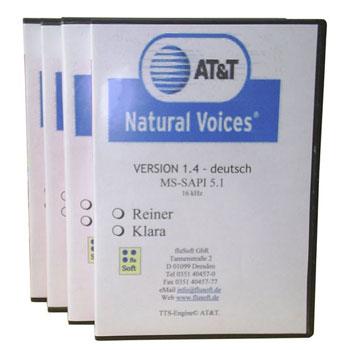 Natural Voices is speech synthesis software which, in conjunction with a sound card, allows a written text to be converted into speech (text-to-speech) and to have it pronounced in German with a male or female voice. Natural Voices is supported by some screen readers for visually impaired and blind people, by some software-based communication aids for non-speaking people as well as by other programs.

The price is available on request from the manufacturer / distributor.