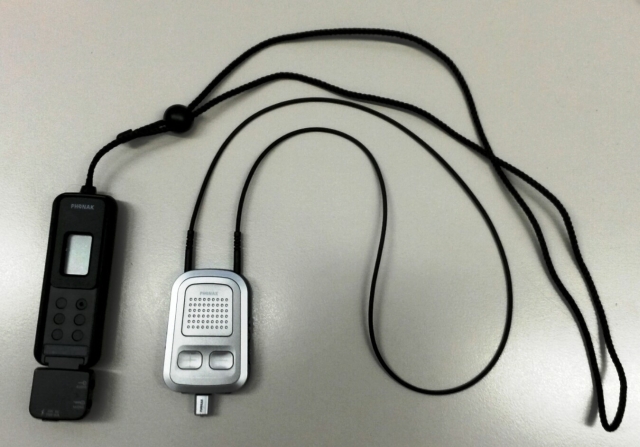 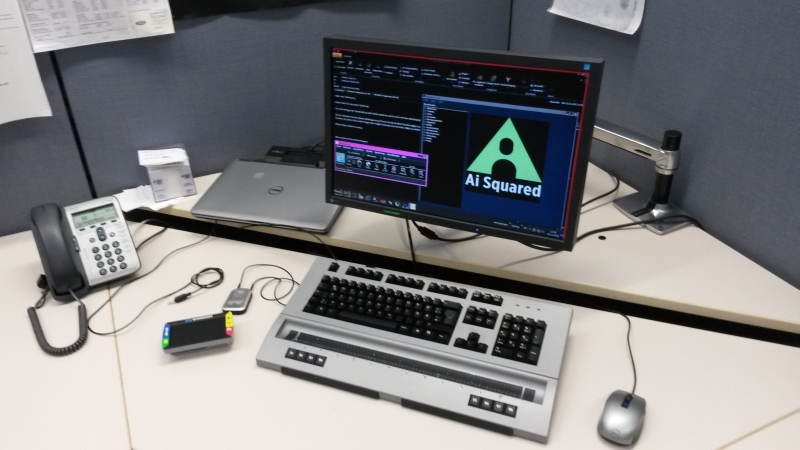 There are 3 images available for this case study:

The Ford works have since 1930 their headquarters in Cologne. The European headquarters of the company is also located in Cologne since 1998, where in addition to the head office also the vehicle production of the Ford Fiesta and the 1-liter EcoBoost engine production, the development center and the European spare parts warehouse are located. The Ford plants employ more than 18,000 people in Cologne and around 25,000 people from more than 50 nations in Germany. There are around 53,000 employees in Europe, including 67,000 joint ventures. The company manufactures passenger cars, commercial vehicles, engines and transmissions in 18 production sites in Europe, some with joint venture partners.

Under favorable lighting conditions, the man can only vaguely perceive his surroundings with his right eye. The residual vision of the left eye is 40 percent and the field of view is significantly limited (below 5 degrees with tunnel vision), so he is considered legally blind. For him, visual information must be glare-free, magnified and contrasted, or transformed so that it can be tactually sensed with the fingers (eg via Braille) or acoustically. He also has a severe hearing impairment or is hard of hearing. He is therefore only able to perceive acoustic information (eg spoken language) through amplifying hearing aids, which is why he uses hearing aids. The GdB (degree of disability) is 100.

The man is a graduate engineer in electrical engineering and works full-time in the company as a development engineer.

The engineer works in the field of damage prevention. He is responsible within and outside of Europe for the investigation of occurring damage of vehicles for cause determination, initiation of remedial actions and the introduction of findings in new vehicle developments - this is done in constant exchange with the trade, supplying companies, manufacturing and the development and quality departments , The majority of the work takes place for about 85 percent of the workstation in the company, the remainder in the form of telework (16 hours per workweek). Occasionally, the engineer also attends meetings. As is the case with all verbal communication, this is made possible by hearing aids with directional microphones, noise filters (for annoying background noises) and special amplification of speech (useful sound) in combination with an FM system (Fig. 2). The FM system is used by him especially during meetings in conjunction with an external transmitter with directional microphone to transmit the acoustic information wirelessly or inductively into the hearing aids even at greater distance, several people and reverberation in rooms. The light and small FM system is worn with an induction loop around the neck. In addition to data analysis and input (eg evaluation of photographic material) on the computer, he often has to make phone calls and telephone conferences (partly in German and partly in English). Telephoning also takes place inductively via the telephone and the hearing aids. The telephone or the telephone receiver has a coil and the hearing aids a telephone function (T-function), so that a direct inductive transmission from the coil can be done in the hearing aids. The visual restrictions on the activity are used by: - a Braille display with 66 characters at the workplace in the company and another identical Braille display at the teleworkstation in conjunction with a screen reader (special software), - a magnification software with the possibility of a higher-contrast representation, a mobile screen reader or an electric magnifier, - a large flat screen monitor with high brightness setting (up to 0.2 percent of the maximum value) for attenuated display and glare prevention and - a Monitorschwenkarmes balanced (Fig. 3). The Braille display, in conjunction with the screen reader, allows him to operate a laptop and software by turning the optical screen content into computer braille or information that he can tactilely read with his fingers. Alternatively, he can also read the contents of the speech output. Entries are made via a standard external keyboard using the 10-finger system, which is otherwise used by sighted people. In addition to the Braille display and the screen reader, the magnification software allows visually to use the low residual vision for screen work. For this purpose, the zoom factor can be set accordingly, a special contrast is selected (the employee prefers an inverted display due to the glare), mouse pointer tracking with an enlarged view of the mouse as a crosshair (for better recognition because of the tunnel vision) and voice output are used. For reading or recognizing documents, drawings / sketches, etc. in paper format, the engineer uses the electric magnifying glass to magnify. The information is magnified (zoom factor is adjustable) displayed on the integrated display of the electric magnifier in HD - it is also possible to change the contrast. The content can be stored on the device and, if necessary, transferred to the laptop via a USB connection to display on the large flat screen monitor. The flat-screen monitor is attached to a monitor swivel arm, so that the engineer can always take an optimal viewing distance - with an ergonomic posture.

The man uses a white long stick (blind stick) as a guide on his commute, which he travels by public transport.

The advice on the disability-related work design with regard to the visual limitations was provided by the Integrationsfachdienst for blind and visually impaired people and the Berufsförderungswerk Düren, where also the testing of the appropriate aids took place. The aid for the compensation of visual and acoustic restrictions (only the FM system) was provided by the pension insurance as part of the benefits for participation in working life (LTA). The required digital hearing aids were promoted beyond the fixed amount by the health insurance, as they are also used in the private sector and the additional blindness orientation without corresponding hearing aids on the road is too dangerous. Consultation regarding the provision of hearing aids was made by a hearing care professional. The coordination of the measure within the company was carried out by those involved in the integration team (eg department Disability Management, company doctor, supervisor and severely handicapped representative).