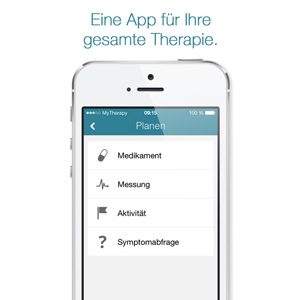 App a reminder for the medication intake and patient book

There is an image available for this product:
MyTherapy Erinnerung an Tabletten & Medikamente

MyTherapy was developed in cooperation with patients and practicing physicians. In addition, the findings of research collaborations, such as, for example, For example with the Charité in Berlin or the Klinikum Rechts der Isar in Munich.