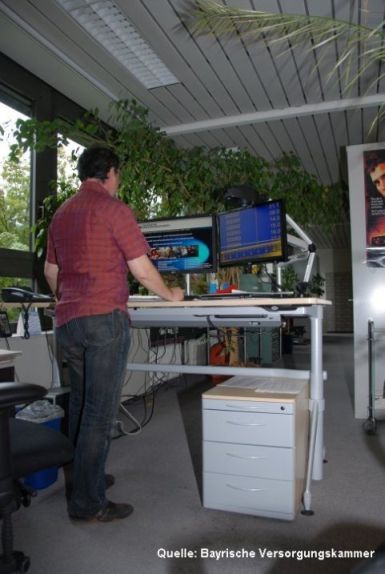 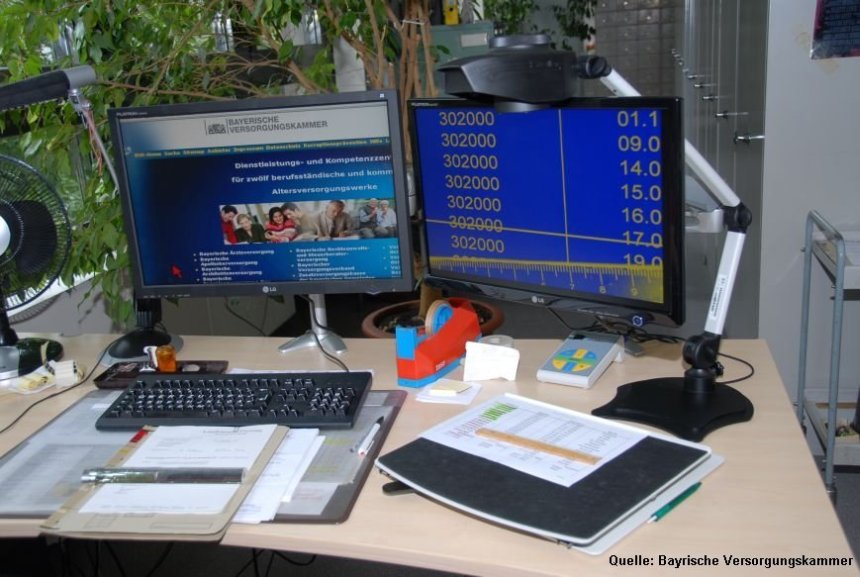 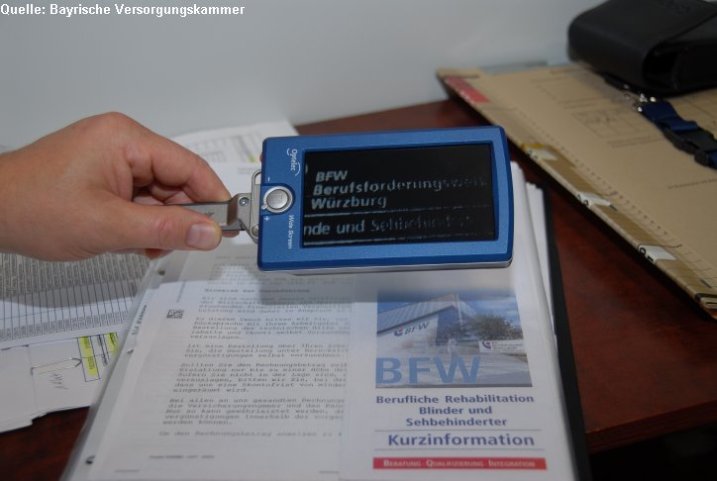 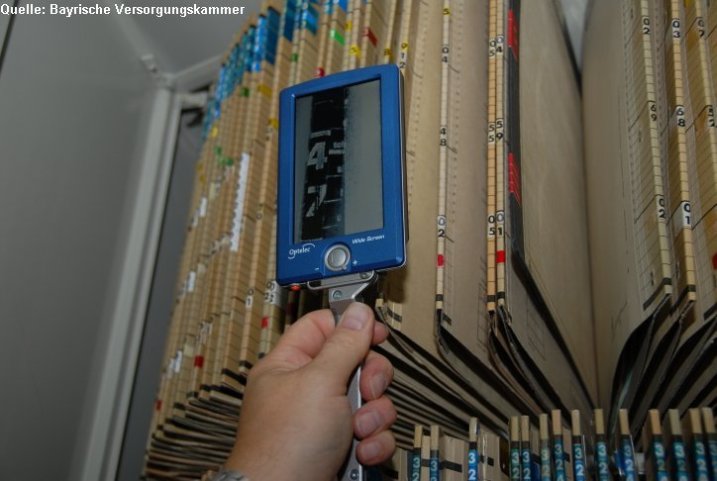 There are 4 images available for this case study:

The man is employed in the civil service of the federal states.

The man lost his right eye in an accident as a toddler. The remaining left eye was therefore more stressed for visual tasks. As a result, a visual impairment has developed over the years. The man can only perceive optical information very poorly, which is why it must be shown enlarged and contrasted for him.

The clerk works in the archive or in the registry. Its task is u. a. to forward the incoming correspondence to the responsible clerk. To do this, it is necessary to sort the incoming mail and prepare it for forwarding to around 60 colleagues. He also takes care of filing the documents and searches for the required files for resubmission lists from the archive. Since his eyesight has deteriorated over the years, he had problems recognizing the information on the computer screen, the letters and the very small lettering and the long series of numbers of the file numbers. An adaptation of the workplace or a compensation of the visual impairments through the use of aids therefore had to be made (Fig. 1 and 2). To find out which aids best support him in his daily work, he took part in a four-day test of aids in a vocational support organization (BFW) for blind and visually impaired people (Fig. 3). In the course of the trial, the following aids turned out to be particularly suitable for him: - A large screen in connection with a magnification software for the computer, which enlarges the screen contents and can display higher contrast - a large-character contrast keyboard in black with white and enlarged key labels - A stationary screen reader (camera reader) with a monitor that can enlarge documents (letters, etc.) on a monitor - a small mobile screen reader (handheld camera reader) that can be used to enlarge the lettering on files (Fig. 4) - A magnification ruler (reading stick), to enlarge the writing on the paper or the letters line by line

The disability-friendly workplace design was 100 percent funded by the pension insurance as part of the benefits for participation in working life, as the waiting period of 15 years was fulfilled.

No information about funding available.